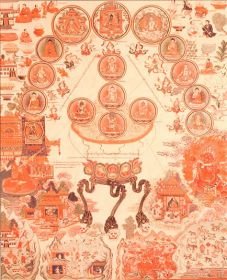 Huang Di Nei Jing (Medical Canon of the Yellow Emperor) was one of the first Chinese classics which chronicled the existence of three types of qi in the universe - the intrinsic energies of Heaven (tian), Earth (di) & Man (ren). The research and practice which explores the inter-dynamics of these three energies, forms the basics of Classical Qigong Study - also referred to as Tsa Lung in Tibetan. The goal of Classical Qigong Study is to promote metaphysical transformation of the body and the mind through the cultivation and fusion of the subtle energies between tian, di & ren, involving not merely the harmonisation of the subtle energies in the material realm, but also those of the ethereal, spiritual and cosmic realms, culminating in a state of Awakening which the Buddhists refer to as the Attainment of Realisation or Buddhahood.