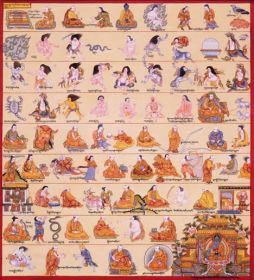 What is the relationship between Classical Qigong Study and Traditional Chinese Medicine?

Both Classical Qigong Study and Traditional Chinese Medicine advocate man and nature as interactively related. They perceive the physiological structure of the human body as an inner world of microcosmic composite mirroring the actual state of the infinitely larger macroscopic universe. They share not merely similar constituents of elements and energies, but are in actuality governed by the same eternal laws of nature which influence their states of being right down to the most minute sub-atomic structure of space particles.

Just as earth has been revolving around the sun while rotating on its own axis since it came into existence, the autonomic nervous system of the human body has been regulating the functions of its internal organs since even before birth. Nature, through the interactive dynamics of its seasons and elements, generates wind, heat, damp, dryness and cold. Likewise, the energy states of the heart, lungs, liver, spleen, and kidneys give rise to the emotions of joy (fire), sorrow (metal), anger (wood), worry (earth), and fear (water). Just like the universe of the material realm comprising a multitude of solar and galactic systems, the human body encompasses an assemblage of physiological systems linked together by a complex network of energy matrices which direct the functions of its various organs. In order to maintain its continuous operation, the interaction between the various substrata of energy patterns within the entire body have to be regulated and harmonised. Since all matter is composed of energy in its various states of vibrational patterns, any state of imbalance within the energy matrix of the human body will lead to the arising of disharmony in both the body and the mind. Thus the harmonisation of energies is deemed as most important by both Classical Qigong Study and Traditional Chinese Medicine.