Lama Dondrup Dorje has just been to the Mediterranean region where he gave Dharma teachings in Greece, Italy and Portugal.

The first stop was Athens where Lama Dondrup Dorje gave four days of teaching at the Pathgate Dharma Centre. This centre is now in full operation. In residence are two of our ordained sangha of the Palyul Nyingmapa Buddhist Association (Greece): Dawa Loday and Dorje Gyaltsen, who will serve as the main facilitators for Dharma activities there. Lama Dondrup Dorje’s next visit to Greece will be for the Pathgate Summer Retreat from 23rd July to 3rd August. For more details, click Summer Retreat. 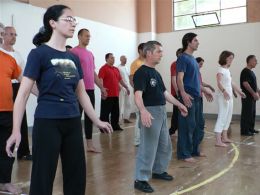 At Rome in June, Lama Dondrup Dorje gave teaching for the first time in Italy. It was warmly received by both local students of Rome and a group who travelled from Sardinia for the teaching.

The next stop on the tour of the Mediterranean region was Portugal. Lama Dondrup Dorje first visited Portugal in March this year when he gave a talk on Buddha Dharma. 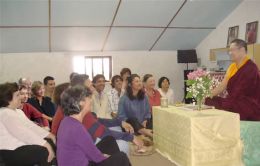 Due to the public interest he generated, he was invited to return for a second time in June to give a weekend of Dharma teaching, meditation and Qigong. Students not limited to Portuguese attended the seminar. There were students from Italy, France, Germany, Bulgaria and the USA. A new Pathgate Study Group has now been formed for weekly practice of Puja and meditation. The Study Group will be facilitated by long-time students of Lama Dondrup Dorje; Sawaswati and Shyam. 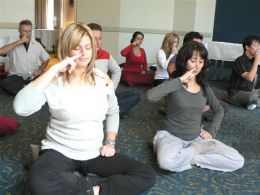