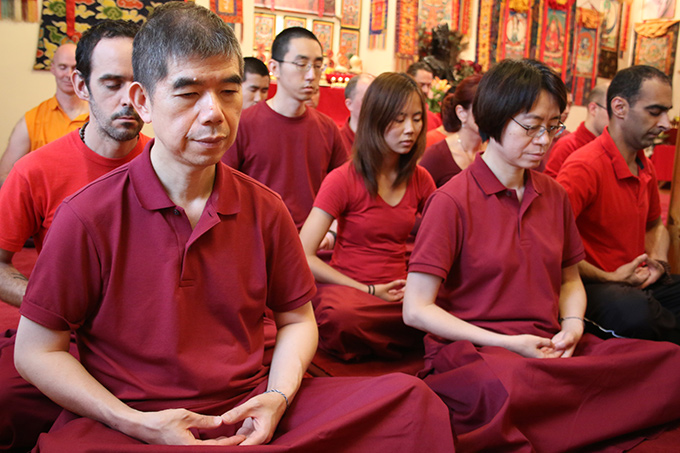 The Pathgate Summer Retreat 2014 began this year on the 1st July and lasted nine weeks, finishing on the 31st August. The Summer School was well-attended by retreatants from around the world, including: Australia, Hong Kong, Singapore, Japan, Romania, Poland, Israel, France, Italy, the Netherlands, Portugal, Greece and the UK. Many of the retreatants stayed for the entire duration of the Summer Retreat. 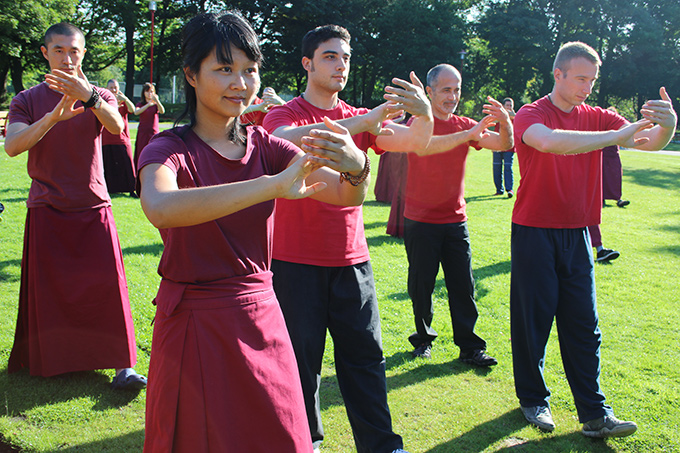 Recognising that it is from discipline that we develop stability of mind and only from stability of mind that we attain wisdom; retreatants were given a structured daily routine with prayer practices, quiet sitting, tranquil meditation, moving meditation (Classical Chan Ding Taijiquan), repeat listening of audio teachings, Tara and Mahakala pujas, and other special practices, in addition to full days of teaching by Ven. Lama Dondrup Dorje. Students were taught a series of practices on how to bring peace to the mind and given detailed explanation on a range of Mindfulness practices to develop a foundation for the arising of wisdom. 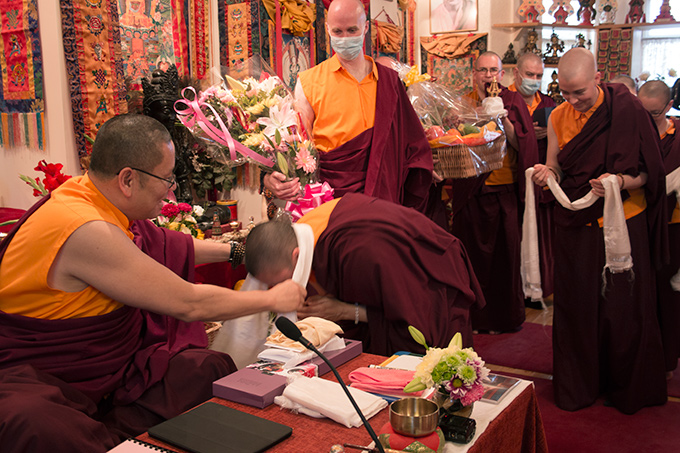 Ven. Lama Dondrup Dorje recounted many stories to inspire students and show the power of actually putting the teaching into practice with pure faith and discipline. Explaining why our habitual tendencies of body, speech and mind are so strong and how much of our time is wasted in fantasy and mundane pursuits, Ven. Lama Dondrup Dorje used countless real world examples, demonstrating how we can use our daily activity as a basis for transforming the mind. The 2014 Pathgate Summer Retreat was successfully concluded on the 31st August.